I had some reservations coming here, thinking whether growth hacking applied to a product. I thought about what we do and what it has to do with growth hacking. What is growth hacking? It’s an online marketing technique that uses creativity, analytical thinking, and social metrics to sell products and gain exposure. Growth hackers normally focus on low-cost alternatives to traditional marketing. The short version of that is to be disruptive in what you do. And there’s a lot of ways in which you can be disruptive in the physical world as well. I want to take you through what we did in the physical world with a physical product—of course, with a vast online presence also. But you have to combine the two once you’ve got the physical product.

If you want to be disruptive and if you want to do growth hacking, [inaudible] is by applying it to the core value of the company. We started the company back in 2010. That’s when speakers were tall, black, and cabled with an amplifier. What came out in our thought process was that we needed something wireless and targeted to an urban customer, with a Scandinavian design. It had to be friendly, easy to operate from your smartphone. It had to be a long-lasting product. We didn’t want it to be like a throw-away product. We had to apply some bold tactics.

Given that—we had to find a space in the market. We didn’t want to go into a red ocean. The red ocean is where all the traditional hi-fi guys were at the time, or where the gadgets or tech guys were. We thought that if we want to do something else, who do we speak to and how to wrap the sound? We thought that with a Scandinavian design heritage, there must be a market for a product that looks good, which is more of a design accessory and a lifestyle product, and also, that is kind of like a trendsetting product. With all of the DNA that we had, we decide that it should fit into this picture and not where the competition was standing at the time.

If you put this into another graph, we see that traditional gadgets talk to men and almost only men. I don’t see women going into a hi-fi store, it’s not appealing to go in there. But you will see them going into lifestyle stores and designer stores. If we are in this space, what do we need to do to talk to this target audience? Which kind of disruptive measures did we apply? We applied a communications platform that was vastly different from the competition. We applied the sales platform and a product platform.

First of all, we wanted to talk to the female-only demographic. So we put this on the front page of our homepage. We put this in our product brochure. It only said: “Your Hi-Fi just died.” This basically smacks in the face of all men. Later, when we wanted to target the male segment, they refused to put our brochures in the store. They said that we are going to annoy all of the men, even if they liked our product. This was a way of establishing a communication vehicle that talked to someone else other than a male audience. We then said, “Your Hi-Fi just died, but don’t worry, we got the killer.” The killer being a new kind of product that had a different look, a different feel, and a different proposition.

We talked about the easiness of our product through very short and clear messaging and always to the point. This is a wireless product that would free the customer from the limitations. We always talked in terms of Liberty and Libratone—different spellings but the same meaning. We never put any tech specs in any of our adverts. We are not talking to the males. If they want to see the tech specs, they can go to the website and look it up there. That is not what we are going to put upfront. That’s a communication platform we tried to establish. Next is the Sales platform. When we released the first product, we had some production problems. We couldn’t get the product ready for the market in enough volume. We knew it would be a problem. We thought that if we were going to have a limited supply, then we should make it an advantage. We decided to go through very few sales channels, effectively only the Apple stores. Then we placed [the product] in Hi-end design stores. In London, Conran. In Paris, you can go to Colette. In Denmark, we put them in Illums and places like that. The idea being that you would see the product there, we would maybe place five of these speakers. They would run out of stock, but you have a massive amount of people getting there to get it. They were on sale on the Apple store instead, which was where we wanted them to go because it fits the affluent female design-oriented audience. We wanted to go there anyway. A disadvantage turned into an advantage at the time. The latest press conference we did was in a showroom where there’s only furniture and we only invited female bloggers, no tech journalist. We had 20 female bloggers. We tried to disrupt the communication platform in an intelligent way.

Product platform. Being a Scandinavian design, we always try to have some very distinct design DNA. The logo tag should always be on the product. The fabric is cashmere wool. The primary interface sits on top. Every time we design a product, we take the idea and the intention comes from a design DNA. With this product, we decided to go crazy with the design DNA. We’d like to have a lot of colors. Colourful is very likeable as a product feature. So we talked to the target audience in this way. One thing we also introduced in all the speakers is that now you can change your fabric so you can take the previous color off and find another color, say, to match your pillows. This is again thinking of going back to the design DNA of the product being part of the interior. Inherently in the product design, there are also the features that the target audience needs.

This became the fastest-selling Airplay speakers in the world when released in 2013. We enjoyed 60% yearly growth from 2010 to 2013. Somehow, we got noticed in Asia in June 2014. It was acquired by an Asian consortium in June 2014. It’s a Hong Kong-based consortium but it still operates as a Danish company. That’s how we growth-hacked our business. 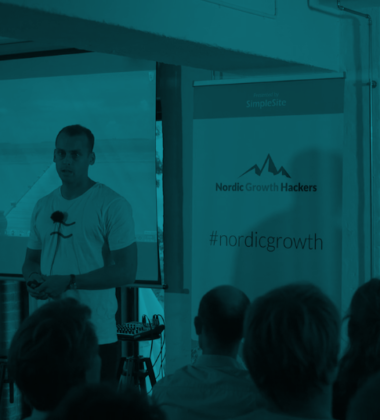 Steffen Hedebrandt: The importance of reviews and harvesting goodwill 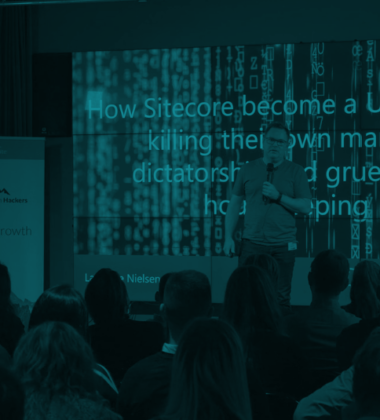 Lars Fløe Nielsen: How Sitecore has become a Unicorn by killing their own market, dictatorship, and gruesome housekeeping