I am Jonas and I am with Airtame. I am here to tell you a little bit more about our crowdfunding experience and some of the things that we did and some of the reflections. Briefly, I just want to mention what Airtame is [inaudible] and a little bit about crowdfunding. Our experience using crowdfunding has taken us through development and manufacturing, ending up with some of the key takeaways. Briefly, the problem is that enterprises are still forced to use cables and adapters. That’s because consumer solutions focus on streaming and don’t scale in an enterprise setting. And Enterprise solutions are too expensive or hard to use or don’t cover all the platforms. What we created is a little download that you plug-in to a projector or TV, install software on any computer, smartphone, or tablet and you can display your screen up there wirelessly, and take care of some of the Enterprise functionality to make sure it actually scales in an Enterprise setting.

There’s a little quote as a reason for crowdfunding. “By distributing tasks to a large group of people, you are able to mine collective intelligence, assess quality, and process work in parallel.” Crowdsourcing is kind of Crowdfunding’s mother. Crowdfunding is distributing the problem of raising capital to the crowd. But it’s also much more than that. Some of the pros and cons as we see it, using crowdfunding. The first pro is that you can claim an idea before you have made the product. You can have the perceived first-mover advantage in some way. If done well, a crowdfunding campaign is a very big marketing stunt. You can validate your idea at a very early stage to find out if people want what you are about to build or how you tweak it to make sure that it actually fits their needs. You can finance your idea as well. That’s also one of the essential things. And you can get a lot of feedback. You can ask a lot of people on how to design the product to suit their needs.

There are some cons that you should bear in mind; things such as public failure. It could be that you launched something and nobody wants to support you. It could also be that you get funded and you are not able to fulfill your promises. That’s a pretty public failure. There could also be IP concerns. You are presenting your idea and project in a very early stage, and probably at a time when you don’t have a lot of funding to secure patents. You should also bear that in mind if you are about to launch a campaign yourself. The last thing is that crowdfunding, or any campaign, takes a lot of time. It can take focus and time away from creating and working on a product.

A little bit about our experience launching at Indiegogo. We started a little more than two years ago with the idea and all of these things; making the prototype. From the beginning, we really wanted to start with crowdfunding, using the social sphere to fund the market and get feedback and validation of the prototype we had built. We started preparing for that from the very beginning and launched on November 21st of 2013. We wanted to make a very big splash when we went live at Indiegogo. We found out that the way Kickstarter or Indiegogo platforms work is that they have these algorithms that are sorting out popular projects and highlighting them at one of the popular projects pages. We really would like to be featured on one of those, because it drives a lot of organic traffic, through their community to your project. We knew we needed a big launch.

One of the things we did was to create some teaser videos like trailers that you have for movies that are about to get launched, to build up the anticipation from the crowd. Then we really wanted to make sure that when we shouted out about it ourselves, it needed to be good, video and illustrations. We worked a lot on presenting our idea as well so people hopefully spend some time on our site. We thought we needed to inform people one-by-one. All of the founders wrote 100 personal emails each to people in our network that we thought could either help spread the word or maybe even contribute to the project. We had those ready in the draft folder and were ready to press send when we launched. We also scheduled some social media messages to blast out in one go. What happened was that on the very first day, we got the most visits in the entire campaign; people started tweeting and backing. All of a sudden there was traffic from all over the place. We broke through the Indiegogo’s surface. We also got featured in their newsletter first and then became a project of the day a little later. The next question is how you keep the momentum. Key take away is start off crazy big, no matter what type of campaign it is, and make sure you break through the surface in creative ways.

Now that we had made a big splash, we wanted to make sure that all the people who weren’t quite ready to contribute yet, they got all the little checkmarks they could have about us as a company and as a product, and as an entire campaign. We tried to validate through content. One of the things was just showing how fast we got funded and the traction and the momentum. We updated the sign on the product and shared that to make sure we showed that we were also working on the product and not only on the campaign. We shared awards and press as validation. We tried to make ourselves really transparent in some ways and tried to make sure that other people behind Airtame were not only a company, and we tried to be very transparent. We also attended CES in 2014. A key takeaway is that you can really validate yourself through content. Get all the little checkmarks, which started out for us as very small, but make sure to get it out there through channels or other mediums.

Now that we have had reached a little community and some users and contributors, we thought about how we could tap into these people and let them help us create for the ripple effects, to reach out to even more people. We are big fans of growth-hacking as well. The good thing about Indiegogo is that you can link it up to Google Analytics, for example. They also provide you with a lot of Analytics themselves. We knew some of the sources and key markets and some of these things. We could drive some campaigns through that. It was just basic competitions that we did on our social media platforms. We looked at the numbers and tweaked the campaign a little bit. Initially, we started by saying that this is the last 20 days of our competition, but what happened was that it took over our social channels. All we could share was something related to the campaign. We needed to stop doing that, to have room for other stuff that we wanted to share.

We had reached a lot of people. Another little hack you can do is to make it easy and attractive for people to buy a little extra. A simple thing was the Black Friday deal that we did. A secret perk that one could do on Indiegogo. So, reaching out directly to people who had contributed. The key take away for the entire event is that you can really hack the system, and this is one of the ways to do it. We wanted to tap into the collective intelligence of all the backers, we made a big effort out of making sure that we got a lot of feedback from these guys to better the product. We had a page up where people could share their ideas, vote on existing ones, or contribute with new ones. That matched with some of the surveys we did. We then prioritized some of the stretch goals that we did. Normally what you do in a crowdfunding campaign, if you are fortunate enough to hit your goal, you post new stretch-goals, saying if we get more, you also get more and we can better our product. The stretch goals were prioritized by the crowd. When we posted that, it was a really good effect because they were actually some of the things people wanted. It helped spread the word even more because the existing contributors really liked to have these stretch-goals as well.

Utilize the power of the crowd to better the product and give people what they want, because that’s also a viral effect in itself in a campaign like this. Whatever the goal of the campaign is, make sure that people know what to do and make it easy for them to do that else you’ll lose people in the funnel. After a lot of sleepless nights and a lot of learning, we knew that in a crowdfunding campaign, you raise the most funds in the beginning and in the end. We also would like to roll a big snowball in the end, using what we have learned throughout the campaign. We took what we learned from some of the competition; upselling techniques, social sharing, and let the ball rolling.
What happened was that at the beginning when we had the most visits, we raised around $30,000, which was overwhelmingly bold. The second big one here was around $100,000 when we won the award of the Best startup of CES and got in a Gadget feature, which got us a lot of good press. On our last day, we raised almost $200,000. It’s good to have a closing of your campaign. The key takeaway is to succeed with social.

To sum up, whether it’s a crowdfunding campaign or any campaign or product launch, start off big, validate yourself through content. Get all the little checkmarks. Hack the system; you can do some really cool things there. Utilize the power of the crowd to better your product. That’s a really good hack in itself. Make sure to deliver on your promise. You should end big. Use what you have learned and end big and embrace an entire mix of crowdfunding, crowdsourcing, and social media. They can really do some big things.

The things that we are looking at right now when we are about to hit the market is also more like product related hacks. We would like to make sure that now people get their Airtame and that they could actually help spread the word even further. Transparently, the things that we are looking is to have a splash screen when not streaming, to show a little URL saying that if you are new to Airtame, visit this link. That’s the only link we’ll have on the splash screen so that we know all the people going into the meeting and looking at that link and sign up, comes from that kind of situation.

Another could be if people steal it, they would need to buy 100 when they plug it into their own screen to unlock that. 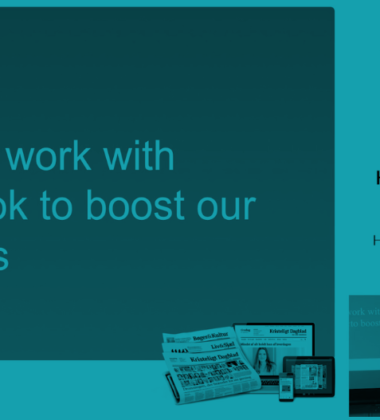 Hans-Christian Kock: How we work with Facebook to boost our business 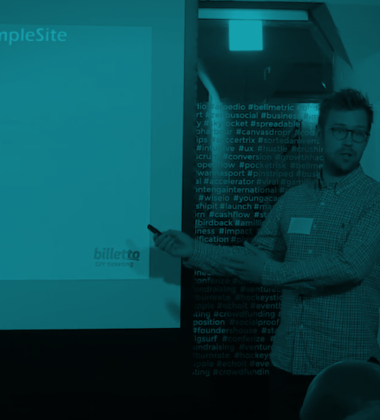 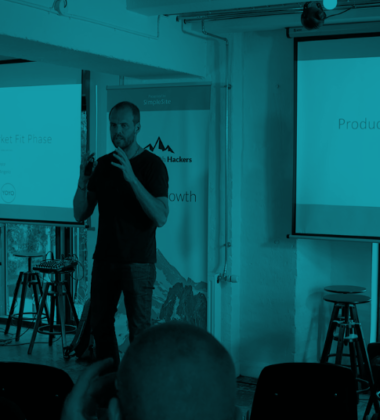