Allotting time to automation instead of working on your product in the very early stages of a startup is not what most entrepreneurs do. But that is what Christian Holm and Peakon did, and it has saved a lot of time.

Christian Holm has been part of a startup before. And he has experienced how silent but deadly time-killers can suddenly sap away the productivity as a team, while they are spending time on tasks that could be done automatically. For that reason, automation was top of mind for him when Peakon started out.

Early on, Peakon started using Selenium for interface tests for Peakon products—automated surveys. This saved them many hours of manual testing.

The same idea was used for translation, where the service Crowdin was chosen and tools for automation were built around that service. The company now has a scalable model where it is easy to add new languages.

Watch the video to get into all the tools that Christian Holm and Peakon use for their almost fully automated code release process. Be inspired, get it done—and you can spend your time developing instead of bug and issue handling. 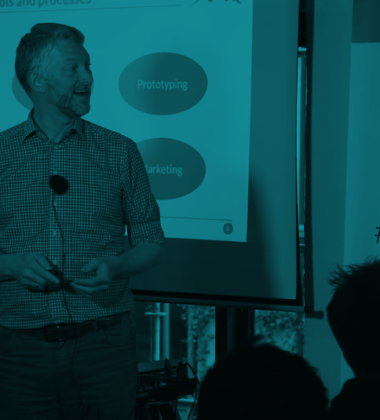 Anders H. Mjåset: Creating startup hubs. Force the market to fit your product, make a complex business model successful, and how to build a multibrand.